ASK I LIKE IT! JANUARY 30, 2017 WINTER TRAVEL SUGGESTIONS   As most of you know, I have an arrangement with Clista that allows me to fully participate in College Football from August 14 to the National Championship game in early January. I am excused from any weekend […]

NEW BOOK ANNOUNCEMENT! FRONT PORCH PRESS LLC. IS EXCITED TO ANNOUNCE THE PUBLICATION OF TOM LAWRENCE’S NEW HISTORICAL NOVEL,   THE QUEEN’S CAPTAIN     The Queen’s Captain is the first in a series of novels chronicling the lives and adventures of the Ransom family in the new […] 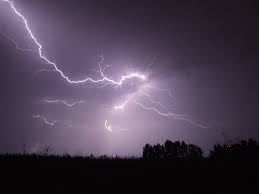 MUSINGS ON A STORMY MORNING

ASK I LIKE IT! JANUARY 13, 2017 MUSINGS ON A STORMY MORNING   A little after 5:00 this morning, a clap of thunder yanked Clista and me out of R.E.M. and sent our three cats scurrying under the furniture. The leading edge of a severe weather system passed […]

AS I LIKE IT! JANUARY 19, 2017   STELLA STONE IX PROMOTION Randy Landers, Chief of the Mississippi Bureau of Investigation, looked at Stella and said, “This brings me to why we invited you here this afternoon. You may not be familiar with how the MBI is set […]

The House of Mews

AS I LIKE IT! JANUARY 13, 2017 SATURDAY SERIAL MIKE LOMAX P.I. EPISODE 9 To review last week’s episode, click here: https://tomlawrenceblog.com/2017/01/06/mike-lomax-episode-8/   Mike realized that Billy Ray had just been shot, so he instinctively ducked behind the sports car. He turned and swept the parking lot, […]

As I Like It! JANUARY 11, 2017 THE KING IS DEAD LONG LIVE THE KING.   The palace coup that began in September of 2016 culminated on Monday night in Tampa. The Clemson Tigers, led by QB, Deshaun Watson, dethroned Alabama’s Crimson Tide as National Champions. There’s a […]

End of an Era

As I like it! THE END OF AN ERA Todd Van Emst/Opelika=Auburn News In the latter part of 2016, the last vestige of Opelika’s mill town heritage burned to the ground. The abandoned Leshner Cotton Mill had been closed since 1985, but in its heyday, employed over a […]

AS I LIKE IT! JANUARY 6, 2017 SATURDAY SERIAL MIKE LOMAX P.I. EPISODE 8 (To review the last episode, click here https://tomlawrenceblog.com/2016/12/16/saturday-serial-december-16/)     Mike couldn’t help but notice that Bessie was wearing a man’s shirt that was unbuttoned, and a little too short. After a moment, he […]