“Light travels faster than sound. That’s why some people seem bright until they speak.” 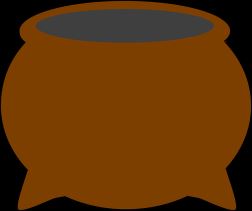 When I lived in Jackson, Mississippi, one of the rituals of fall was Sidney Earl Gunter’s gumbo cook. During the years between when Sidney Earl ran the liquor store behind the Dutch Bar and when he actually purchased the Dutch Bar from Bonnie Oxford, Sidney owned the Cherokee Drive Inn, further out North State Street. Every fall, just before deer season, he would sponsor a massive gumbo cook. Sidney Earl may have sponsored it, but my team and I did the cooking.

Part of the rationale for the gumbo cook was to allow everyone to clear their freezers of last year’s venison, duck, dove and squirrel. I noticed that no one ever brought quail. We would end up with close to a hundred pounds of game to enrich the gumbo.

We set up a large tent in the Cherokee’ parking lot, and I brought my propane fired gumbo pot, and set up the prep line. Beginning at noon on Friday, my team, usually Tim Leonard, Scoop Vaughn, and Tom Braswell would begin chopping enough onions, celery, and garlic needed to cool the hot roux. My gumbo pot was gigantic, and would hold nearly 40 quarts. I had a skillet on a separate propane gas burner.

Our first step, after chopping the veggies, would be to cut up and brown the game. We carefully trimmed the freezer burn, and lost the feathers and fur—my friend Buddy Crosby would insist that we leave the heads on the squirrels, maintaining that the little skulls gave a cachet to the gumbo. While the meat was browning, we filled the pot with the proper amount of water, and began to bring it to a boil. Once the meat was browned, we used the grease to make our roux.

A successful gumbo is largely dependent on the quality of the roux. I pride myself on my roux making skills, and this was my baby. The major skill in roux making is bringing the roux to a rich, chocolate brown, without burning it. There’s about a thirty second window, and if you miss it, you dump the roux and start over. I never miss it.

Usually, it would be well after dark when we finished the prep and added the roux, veggies, and game to the boiling water. We’d simmered the mixture all night, stirring it with boat paddles, while drinking beer. By dawn, it was ready for the seasoning, which consisted of several bottles of Tabasco sauce, canned tomatoes, and several bottles of gumbo filé.

While the gumbo was simmering to a finish, we’d go home to shower, change clothes, and return for the official serving ceremony. On one particular Saturday, I was returning to the Cherokee, when I passed a fire truck coming south on State Street. I could see my gumbo pot sitting atop the truck, held in place by two grinning firemen. I suffered a classic “oh, shit” moment.

Sidney Earl Gunter was among my best friends. He was kind, funny, and irrepressible, but he had certain quirks. Sidney could drink enormous amounts of beer. He could drink to oblivion, but never have the courtesy to pass out. When under the influence, he loved to see fire trucks with their red flashing lights and wailing sirens. All night around the gumbo pot with a can of beer in his hand, had triggered the need to call in a fire. When the local fire company arrived on at least their tenth false alarm, they were really torqued. During the ensuing negotiations, Country Holmes, Sidney’s guardian angel, managed to convince the firemen to accept our pot of gumbo, rather than press charges. They were kind enough to let Sid have a gallon or two, which had been consumed by the time I got there. The whole thing was vintage Sidney Earl.

Football quote of the week

“We didn’t tackle well today, but we made up for it by not blocking.”—John McKay, USC

THE GOOD The Alabama v Ole Miss game boiled down to who had the football last, and what they did with it. The Tide managed to get out of Oxford with a close win. Saban, Kiffin, and crew outcoached Freeze’s bunch to make the difference.
Louisville took Florida State to the woodshed and gave them a spanking. I doubt that FSU is that bad, nor are the Cardinals that good, but on Saturday both were.
Michigan State went into South Bend and won. That is always tough to do. They kept Notre Dame in the hole scrambling for the whole ball game. The Irish have serious defensive issues, and can’t seem to stop quality opponents. Brian Kelly better fix it, or he’ll be seeing the Golden Dome and Touchdown Jesus on NBC, like the rest of us.
Mississippi State’s play in the second half against LSU turned a potential rout into a close ball game. Good effort, no banana. If Dan Mullen had LSU’s talent, he’d run the table.
Just for the record, Northwestern defeated Duke in the “I’m smarter than you are bowl.”

THE BAD was Auburn’s heroic effort to snatch defeat from the jaws of victory against Texas A&M. The Tigers can’t seem to find any offensive consistency, and if that isn’t remedied, Gus will be watching TV with Brian Kelly next year.
Apparently South Alabama played their whole season when they defeated Mississippi State in their opener. One might have thought the upset of the Bulldogs would inspire the team, but instead they have managed to play down to their usual level.
Georgia continued to play like the proverbial potted plant, but still managed to escape an upset loss to Missouri. In most places, a win over an SEC opponent is good enough, but the Bulldogs like to see style points, in addition to wins. Kirby Smart stepped into the hot seat when he took the job in Athens.

AND THE UGLY Syracuse football is about as ugly as you can get—almost as pathetic as Kansas. The highly touted Tennessee Volunteers had to struggle to edge Ohio University. Yes, I said, Ohio University—not to be confused with Ohio State.

NEXT WEEK. Week four will offer fans several interesting matchups. I think the Georgia Tech v Clemson game will decide Clemson’s 2016 season. The Yellow Jackets are difficult to prepare for, and Paul Johnson is one of the top coaches in the land. I won’t be shocked at a Ramblin Wreck win. Next week Georgia’s Potted Plants will travel to Oxford to take on the Black Bears. Ole Miss needs a conference win in the worst sort of way, and the Bulldogs look vulnerable. Wisconsin and Michigan State meet to decide the Big Ten runner up to Ohio State, and this should be a good game to watch. Florida travels to Knoxville for a key game against Tennessee. The winner will still be in the hunt for the SEC East title, and a chance to be murdered by Bama in Atlanta. While the Gators and Voluteers decide the top of the SEC East, Kentucky and South Carolina will be deciding the cellar.

Other games of interest are Arkansas v Texas A&M, and of course Mississippi State travels to play U Mass. The Minutemen are going to be tougher than South Alabama, so the Dawg’s better bring on an effort like the second half of the LSU game. Let’s not forget that Auburn meets LSU, and watching Les and Gus coach head to head will be a hoot.