“Don’t argue with an idiot. He will drag you down to his level and beat you with experience.” 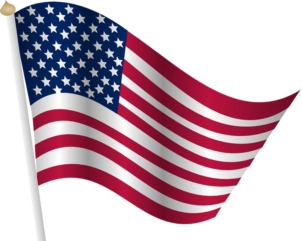 Regardless of your personal opinion, you’ll have to admit that this year’s Presidential race is shaping up as one for the record books. The pundits and pollsters seem to be slanted, depending on the political position of the pundit or pollster. Fox News is saying that Trump has narrowed Clinton’s lead to 2%, which is well within the margin of error. CNN, on the other hand, will tell you that Clinton has an 8% lead. Polling can be made to obtain whatever result is desired by the pollster.

I decided to conduct a completely unbiased and statistically sound poll of my own. Recently, I sent the following questions to a random selection of 100 followers of my blog. Here are the questions and the answers.

After a thorough and scientific analysis of the polling data, the most compelling results were:

SPORTS QUOTE OF THE WEEK

“It isn’t necessary to see a good tackle, you can hear it.”-Knute Rockne

I’m writing this on Sunday morning, following the first Saturday of the 2016 season, so I can’t comment on Ole Miss or Notre Dame. I will share my opinion of the rest.

THE GOOD   Alabama’s football program is almost unbelievable. Last season saw the departures of key personnel on both sides of the program and the loss of Kirby Smart, their defensive coordinator, and 2016 was to be a rebuilding year. Well they rebuilt! The Tide took a highly rated USC to the woodshed, and applied a 52–6 coaching clinic.

Auburn played a great defensive game against #2 Clemson, but lost a close one 19–13. One has to wonder at a coach who cannot figure out who to start at the key position of QB. Auburn’s offense never stood a chance. The Tigers have SEC quality players and deserve better coaching.

Kirby Smart’s debut win over North Carolina was impressive. The Bulldogs looked talented and well coached, and Kirby’s sideline antics were among the best since the Old Ball Coach hung it up.

By whipping a darn good Oklahoma team, Houston made it known that last year’s success will continue into 2016.

A&M beat a good UCLA team at home, and might well be one of the best in the SEC West.

THE BAD       The SEC looked like less than the best conference in the country, with close wins for Tennessee and Arkansas and losses by LSU and Kentucky. All four of these teams will play better in the future.

AND THE UGLY       Mississippi State managed to blow a 17–0 halftime lead and miss a chip shot last minute field goal in a 21–20 upset by South Alabama. It would be easy to place the blame for this debacle on Dan Mullen and his staff, but the truth of the matter is that South Alabama matched up to the Bulldogs in talent, and wanted the game more. This was a big win for the Jaguars.

I don’t believe Mississippi State’s 2016 season is ruined by a long shot. Mullen will recover from Saturday’s disappointment, and he’ll beat some folks he shouldn’t. State has some talented players, maybe not enough to win many games in the SEC West, but we’ll be better than Saturday.