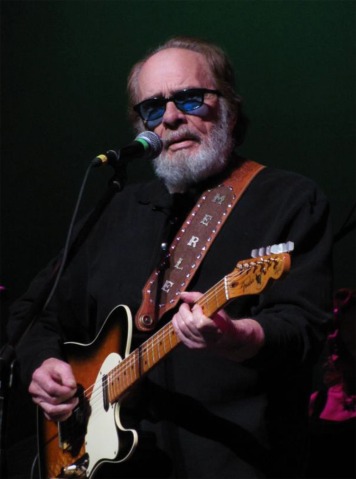 On his 79th birthday, Merle Haggard died this week. Merle finally succumbed to a lengthy battle with pneumonia. His lungs just gave out. Nearly seventy years of smoking—if they grew it, Merle smoked it—took its toll. Merle’s generation of county singer/songwriters are our last link with the old, hard rolling outlaws who linked us to the roots of country music.

Merle wrote and/or performed over 38 songs that reached number one on the Country Music Charts, but his biggest was ‘Okie from Muskogee,” in 1966. He collaborated with Willie Nelson and Clint Eastwood, among many others, during his fifty year career. In the early 60s, he was instrumental in developing the Bakersfield sound, intended as a protest against the honky tonk brand of country music.

Merle’s death is just one more verse in Don McLean’s ode to the day the music died.

No. 5 The Triple Crown June 9, 1973 Normally, I have about as much interest in in horse racing as I do in pro wrestling and curling, but the 1973 running of the Belmont Stakes found me glued to the tube. Secretariat, fresh from wins at the Kentucky Derby and the Preakness, would be attempting to be the first horse to win the Triple Crown since Citation in 1948. There were only four other horses in the field that day, including Sham, the runner up in the Derby and the Preakness.

Secretariat and Sham took command from the starting gate. After six furlongs, Secretariat began to push Sham to his limits, and at ten furlongs, he fell back, to leave Secretariat to win by 31 lengths, breaking Count Fleet’s 1943 record of 25. Secretariat ran the 1.5 mile dirt track in a record 2:24 minutes, winning by two full seconds. This means that Secretariat averaged 37.5 mile per hour. Many consider this one of the greatest feats of athletes ever. I can say that I have watched two great athletes: Secretariat winning the ninth Triple Crown, and Mikhail Baryshnikov dancing Swan Lake.

The image of Merle Haggard is licensed under CC By 4.0 — linked to commons.wikimedia.org