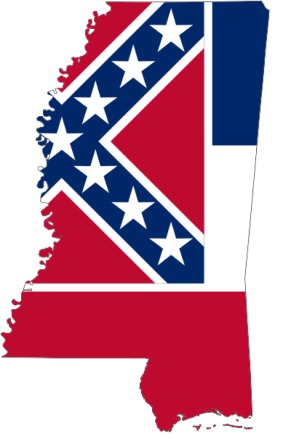 The icy rain pelted down on the window of the library, and a lanky man dressed in a quilted robe sat close to the crackling fireplace, reading a newspaper. The man’s sharply chiseled face was softened by a black patch covering his left eye, and reading glasses were perched on his patrician nose.

The mantle of the fire place was hung with greenery and red ribbons, and there was a brightly decorated cedar tree in the corner. On the other side of the fireplace, a handsome woman sat doing needlework, softly humming Angles from the Realms of Glory.

The man dropped his paper into his lap.

“Varina, why don’t you play us some Christmas Carols?”

“Oh, Jefferson, why don’t we wait until after dinner?”

“Very well, my dear,” he replied, and picked up his paper.

There was a loud banging on the front door of the Louisiana raised cottage, and Toliver, the Davis’s butler, hurried to answer it. Varina looked across at Jefferson.

“Are you expecting anyone this afternoon?”

“Maybe it’s a delivery or something.”

“Not likely, not at the front door.”

They heard the door open, and heard Toliver say,

“It’s good to see you Toliver. Is there any chance the Colonel can see me? I’m afraid I’ve come unannounced.”

“Please come in and warm yourself by the fire. I’ll tell the Colonel you’re here.”

Will Ransom entered the foyer, followed by a solidly built black man, bundled in a travel cloak. Toliver shook his hand and said,

“Mason, it’s good to see you again. It’s been a long time since Buena Vista.

“Good to see you, Toliver. I’m glad you are still with the Colonel.”

While Ransom and Mason removed their cloaks, Toliver came to the door of the library.

“Colonel Davis, Capitan Ransom is here, and would like to see you.”

Davis rose from his chair.

“By all means, Toliver, show him in.”

Will Ransom owned a large plantation in Panola County Mississippi, and had served as a company commander in Jefferson Davis’ First Mississippi Volunteers in the war with Mexico. He, and his man, Mason, were returning home after a trip to New Orleans and Havana, Cuba.

Ransom had decided to get off the train as it passed through Vicksburg to pay Davis a visit while he was on a holiday break from his Senate seat. He wanted to share some of his concerns with the Colonel. It was just a short ferry ride to Briarfield, the Davis plantation that was situated on an Island in the Mississippi River.

“Colonel, thank you for seeing me on such short notice,” and then politely turned to Davis’ wife.

“Mrs. Davis, good to see you again. I know you’re glad to be home and away from Washington.”

“It’s good to see you Capitan Ransom. Jefferson keeps me up-to-date on his “boys” as he calls y’all. I hear that you’ve built quite a farming operation at Cumberland.”

“Yes, m. We’ve been graced with good fortune, but I fear for all of our futures.”

“Yes, we all do. I hope you’ll stay the night with us. The train doesn’t leave for the Delta until 3:00 tomorrow afternoon.”

“Thank you, but we best stay in Vicksburg. We don t want to intrude on your holiday preparations.”

“Don’t be silly. Of course you and your man will stay the evening.” She stood and continued, “I was just about to go check on dinner, and we’ll set another place at the table.”

“I hope you’ll join us Will. It’ll give you and me time to discuss the crisis facing our country. I suspect that’s what brought you here on this cold winter afternoon.”

“Yes Sir. It is, and we’ll accept you gracious offer for the night.”

“Good. Toliver will help Mason with your horses and set him up in the servant’s quarters.”

After dinner, Colonel Davis and Will poured a snifter of brandy and sat by the fire in the study. Davis offered Will a cigar, and they both lit up. After a long drag on the smoke, Davis asked,

“Colonel, I read the speech you gave on the fourth of July during your recovery from your eye infection. Your speech at Boston’s Faneuil Hall later in the year was an elegant plea for preservation of the Union. I believe we share a common opinion regarding these issues.”

“I’m pleased that you and I agree. My opposition to the continuation of slavery is based on my view that it is no longer a viable economic system for agriculture, and will die a natural death within the next twenty years. It may be immoral, but it is legal. That’s the whole of it.”

“I agree. I’ve begun to convert my plantation to a sharecrop system, and I intend to free my slaves as the new system proves its merits. I, too, believe that slavery will prove to be untenable in the future, but my reason for this visit is more about secession than slavery.”

“Yes, despite all of my efforts, it’s likely that Mississippi will vote to secede shortly after the New Year.”

“You served as Secretary of War under Pierce, and you’re currently involved with military matters. What do you think will be the result of secession?”

“I’m afraid that the election of Lincoln makes war inevitable. I’ve met the man, and he is totally committed to preserving the Union. He will not allow secession in any form.”

“And if war comes, then what?”

“I believe the southern states will have a brief window to gain a military victory, and then use that battle field success to gain foreign recognition.”

“How big is that window?”

“No more than a year. After that, the massive industrial strength and huge manpower reserves of the north will overwhelm us.”

“What will the western states such as Michigan and Ohio do?”

“If Lincoln can position his war based on preserving the union, then he’ll win the west. There is little or no sympathy for our way of life on the frontier.”

“If war does come, what will you do?” Will asked.

“I’ll resign from the Senate, return to Mississippi, and offer my services to the state. How about you Will. What will you do?”

“Colonel, I’m a South Carolinian by birth, and I graduated from The Citadel, so I probably should return and join in South Carolina’s defense. However, I’ve lived in Mississippi my whole adult life, and until this week, everything I own is here. I, too, will offer my service to Mississippi and try to raise a regiment of infantry.”

“I’m pleased to hear that. Perhaps we’ll have the opportunity to serve together again. You were my best company commander in Mexico, and you’re fully capable of leading a regiment or more. You mentioned that everything you owned was in Mississippi until this week. What happened to change that?”

“Mason and I just returned from Havana. I’m a client of the Dalhousie Merchant Bank in Mobile, and I had them locate a 6000 acre sugar cane plantation in Cuba. I visited it this past week, and purchased it, along with a town house in Havana.”

“Did you sell your holdings in Panola County?”

“No sir. I hope to be able to hold on to Cumberland, even if we have a war. I agree that if we don’t win early, we’ll lose the war, and who knows what will happen to our land and homes?”

“Well, at least you’ve hedged your bets and you’ll have a place to go if and when we lose. My brother owns Briarfield, and allows me to live here when we’re in Mississippi, but he is far too stubborn to consider actions such as yours.”

“Colonel, you’ll always be welcome in my home, be it here or in Cuba. Serving under you in Mexico is one of my fondest memories.”

Will Ransom returned to his home in Panola County the next day, and on January 9, 1861, Mississippi joined South Carolina and seceded from the United States. Ransom raised and equipped a regiment of Volunteer Infantry, and he entered the service of the state in April. He was elected Colonel, and the regiment became the 29th Mississippi Volunteer Infantry in the Confederate Army of Northern Virginia,

Jefferson Davis campaigned against secession until the final vote, then offered his services to his home state. He rose to the highest office in the ill-fated Confederate States of America.

The Mississippi image is licensed under CC By 4.0 — linked to transgriot.blogspot.com