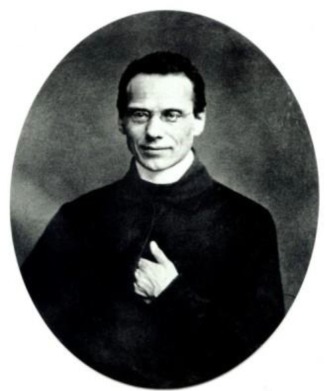 In every generation and in every society there are those who make a difference without recognition or fame. Mostly, they are just plain folks leading ordinary lives who find themselves thrust into a situation that demands courage, integrity and solid common sense. At that crucial moment, these average citizens rise to the occasion. They do what needs to be done, then fade back into ordinary lives. These special people deserve our thanks and respect. Here is the story of one of them.

The summer of 1867 began in early May in New Orleans, and the first batch of mosquitos hatched shortly afterwards. The wealthy merchants, bankers and planters closed their Garden District homes for the summer, and moved to their summer cottages in Bay St. Louis and Pass Christian. Most of the citizens of the Crescent City didn’t have this luxury, but were forced to remain and face the annual terror of yellow fever.

New Orleans had originally been built on a ridge slightly above sea level, but by 1867 the City had grown to include many former swamps and bayous. New Orleans resembled a giant petri dish: damp, humid and swarming with Aedes Agypti, the mosquito that spreads yellow fever. There would be an outbreak of the disease every summer, thousands would be infected, and hundreds would die. Some summers were worse than others.

1853 had been a particularly bad season, with close to 10,000 deaths in the city. The memory of that epidemic haunted the city, as the summer of 1867 began. The first cases were reported in June, and by July there were hundreds of active cases in the city. The more affluent victims could be cared for by private physicians in their own homes, but the major burden of care fell to the nuns, doctors and medical students working at Charity Hospital.

The Catholic diocese of New Orleans provided the majority of social services available in the City, and the burden fell to each parish to care for its own. Many parish priests became involved with the care of yellow fever victims, usually providing the Sacraments, but some took a more aggressive stance and actually ministered to the sick and dying. Father Francis Xavier Seelos was such a priest.

Father Seelos, a native of Bavaria, was a member of the Redemptorist Order, dedicated to ministering to the abandoned souls. He arrived in the United States in 1844, at the age of 25. He worked as a missionary to the German speaking emigrants along the Atlantic seaboard, and in 1866 he was assigned to work with the large German population in New Orleans. The summer of 1867 would be his first encounter with yellow fever. The 1867 outbreak of the fever would be one of the city’s worst. The conditions for breeding the disease carrying mosquitos were ideal, and by July the epidemic had begun.

The disease would begin with aching, fever and headaches, and most cases lasted for a week or so, but a small number of victims would relapse, with damage to the kidneys and liver. Many of those would die. In the densely populated German community the disease struck many families, and Father Seelos began visiting and caring for his flock. As the plague spread and the deaths began to mount, he worked long hours ministering to his parishioners.

His health began to fail in late summer, and he began to show symptoms of infection in late September. He fought through the first phase of the illness, but succumbed to the relapse and died on October 4, 1878 at the age of 48.

Father Seelos was revered by the people he served, and many honored his memory. In 2000 Pope John Paul II proclaimed Father Seelos to be blessed, the first step to canonization as a saint.

The image of Father Seelos is licensed under CC By 4.0 — linked to commons.wikimedia.org