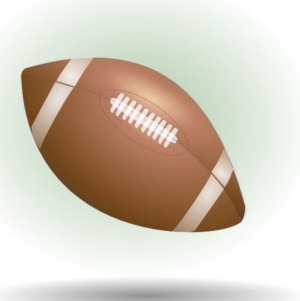 The 10th week of the 2015 season started with my Mississippi State Bulldog’s 30-16 win over Mizzou. Mizzou has been having a horrible season but a win is a win. MSU was glad to get the win in a season where they were picked to finish last in their division. They could still finish near the bottom, but to be at 7-2 at this point in the season is really amazing. We will be serious underdogs in our final three games and could easily lose them all. I’d love to win one of them, preferably the last one.

Two or MSU’s future opponents met in Oxford for an old time defensive struggle. Both defenses struggled all night allowing a combined 105 points and close to 1200 yards. I predicted that Ole Miss would rout Arkansas and they did but the Razorbacks routed right back.

There will be a lot of Monday morning quarterbacking about the biggest play of the game, and there were numerous opportunities for the Rebels to close the door. Personally, I didn’t think that Arkansas could win in overtime and I believe the key decision was to go for two when they did.

The loss takes Ole Miss out of contention for the championship game in Atlanta, but they have a lot to win by beating LSU and Mississippi State. They can still end up 9-3 and go to a decent bowl game and based on sheer talent alone they should win both of their last games.

I’m basing this on the assumption that the Ole Miss coaching staff will watch the film of the Alabama-LSU game and figure out that if you can stop the LSU running game they can’t beat you passing. Keep eight in the box and rush the passer. I’ll hang with the Rebels for one more game and predict that they’ll hammer LSU.

Mississippi State takes on the Tide at Scott Field and by all indications it should be ugly. The Bullies have a less than stalwart defense and are one dimensional on offense. Dak’s the best quarterback in school history and he can run and throw, but he doesn’t play defense. I don’t think we can contain Alabama’s running game and I don’t think Dak can outscore Bama.

In other SEC action Vanderbilt played its best game of the season on both sides of the ball and just didn’t get the ball last. Florida won on 9-7 on a field goal and clinched the SEC East. Auburn began what I hope to be a perfect season ending run by whipping Texas A&M at Kyle Field. They take on the rebounding Georgia in Jordan Hare on next Saturday and win in a close one. If they can only Idaho remains before the Tide comes calling.

It was a weekend of upsets nationally. The biggest surprise to me was the one sided Oklahoma State victory over previously unbeaten TCU. The Cowboys ran all over the Frogs in convincing fashion. OSU could be in the final four. Undefeated and top ranked Clemson spanked Florida State 22-13 to make an even bigger case that they are one of the top four teams in the nation.

Michigan State fell victim to a fired up, nothing to lose bunch of Cornhuskers from Nebraska and the U.S. Naval Academy ended the University of Memphis dream season as well as their nationally ranked winning streak. The rest of the games went more or less as expected and I was pleased to see Northwestern knock on Penn State.

Next Saturday, in addition to the MSU v Alabama and Auburn v Georgia there are several SEC matchups that will be interesting. Arkansas will be taking their highflying offense to Baton Rouge. If the Hogs can keep up the offensive production they can outscore the recently embarrassed LSU running game. Kentucky and Vandy meet to decide who will join South Carolina and Mizzou in the cellar. Florida will makes sure that the Gamecocks are there to meet the loser.

On the national scene Oklahoma State will play another unbeaten Texas team when they take on the Baylor Bears. If the Cowpokes pick up where they left off with TCU they’ll remain unbeaten. I think one of the more interesting games will be the matchup between North Carolina and Miami. The Tar Heels are playing great football, but Miami is a whole lot better than their record.

Memphis will try to bounce back against the unbeaten Cougars from Houston, but will return to their normal form after quite a ride. Houston will win with ease and the highly over rated Buckeyes will continue beating the patsy de jour.