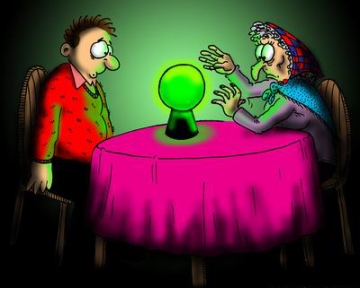 The response to my post entitled Vive Le Difference has prompted a somewhat lively discussion which has been along gender lines. Most of the males responding feel like I’ve nailed things dead on. The females, on the other hand, have pretty much suggested that I have my head where the sun don’t shine. One lady in particular, assuming the pen name of Cassandra, has been very vocal in defense of the female point of view. In the interest of fair play, and in keeping with my open door policy, I have agreed to post her thoughts on the subject. The first of which follows:

I am not so much concerned with the relative positon of a toilet seat or how many pairs of shoes are sufficient for a weekend away from home. These issues are clearly matters of personal preference, and do not address the core issues that separate men and women. They are simply manifestations of a failure to communicate, and in and of themselves, are of little consequence. I think it would be beneficial to examine the cause of these phenomena, rather than the results.

First, let me say that I have a male in my life who completely shares the positions expressed in Vive le Difference, and thinks that the whole business is hysterical. His glee in recounting the details of how to pack for a trip bordered on the absurd, and caused me to experience a gagging reflex similar to a bout with Gastro Esophageal Reflux Disease.

GERD was my first reaction, but upon further reflection and introspection, it dawned on me that based on the current state of my guy’s mental processes, he was doomed to eternal ignorance on the subject. It became crystal clear that his problem was based in the male’s total reliance on logic. A little logic, like a little learning, can be a dangerous thing.

It has been my experience that most men make the assumption that they employ a system of deductive reasoning to arrive at logical conclusions, totally devoid of emotion and prejudice—cold, clear facts brought to a logical conclusion. They like to think that they put their head before their heart, or gut. Of course we girls all know which head they usually employ. We like to refer to this as testicular reasoning.

It is a widely known that once a man reaches a “logical” conclusion, all the King’s horses and all the King’s men cannot convince him to question his position. What he fails to consider is this; logic, like any system of reasoning, is nothing more than a mathematical framework.

Women do not reject the concept of logical deduction. We do however, use logic in conjunction with several additional factors, such as intuition, emotional experience, and cultural mores. The result of adding these factors to our decision making assures that we only adopt a premise after careful examination, thus increasing the validity of logical deduction. Just like in computer programing, garbage in, garbage out.